Baltimore is a city with a rare and unique charm compared to other cities across the United States. However, like many U.S. medium-sized cities, Baltimore was devastated by the effects of deindustrialization and large-scale migration from the urban core to the suburban or exurban periphery.

During this period, from the late 1950s to the early 1990s, the city transitioned from an industrial center to a tourist and service- based (FIRE) economy. Baltimore experienced significant shifts in its population, labor, infrastructure, and penal systems. These adversities were entrenched within the city’s dark and significant history of racism that manifested in segregationist spatial practices — redlining, blockbusting, radicalized policing — and economic exploitation — predatory lending, union busting, discriminatory insurance and utility policies. Today, Baltimore continues to struggle with these spatial and economic issues and has been slow to revitalize due to contemporary neoliberal ideologies of space, labor, and urbanism. Despite the increasing faith in privatization, self-interest, financial speculation, and decreased welfare and government, Baltimore has experienced a proliferation of alternative economies from worker cooperatives, to free stores, free schools, free gardens, gift exchanges, property commons, time banks, and more. This paper will examine the alternative economies emerging in Baltimore City. I will discuss how these communities are organized and administered. Further, I will demonstrate how these communities construct spaces of solidarity that hint towards an urbanism predicated from the Commons. In doing so, these communities offer alternative imaginations of space, labor, and urbanism and proposes methods for (re)thinking urbanism in post-industrial cities. 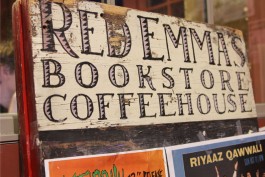 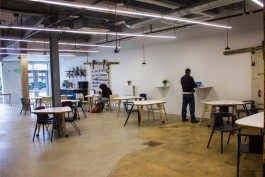 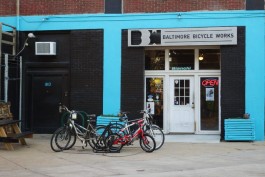 Malcolm Rio is a graphic and architectural designer and thinker from Amherst, Massachusetts. Before MIT, he was an AICAD teaching-fellow positioned at the Maryland Institute College of Art in Baltimore, Maryland. His research investigates the relationship between utopian narratives and their inscription on forms of subaltern or "blackened" citizenship. Rio obtained his Master of Architecture from the Rhode Island School of Design, and his Bachelor of Science in Philosophy and Bachelor of Fine Art in Graphic Design from Towson University.